Skip to content
Which Forehand is Better? Inside Out vs. Inside In

Which Forehand is Better? Inside Out vs. Inside In

Are you also a player who does not like to play the backhand? Do you make an unusual number of mistakes with your backhand or don’t you get enough speed into the ball? Then we have a secret tip for you today. To be more precise, it is the “Inside Out” or the “Inside In” forehand.

As is well known, the backhand is the weaker stroke for most tennis players. In contrast to that the forehand is almost always the much stronger one. In general it is the easier shot because of the intuitive movements. Then it would make sense to play the forehand as often as possible.

And this is exactly the concept of the two variations. Learn in the following how the “Inside Out” differs from the “Inside In” forehand and in which situations you use them best. 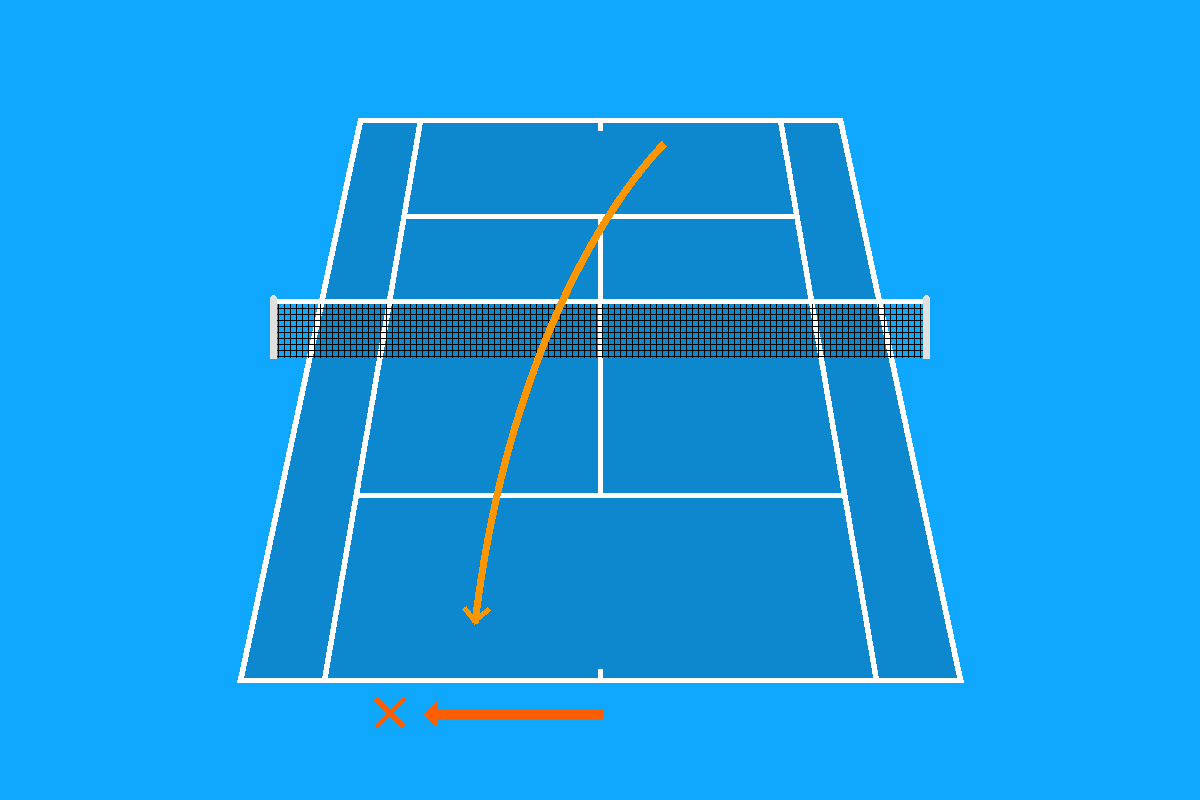 Basically you try to run around your backhand in these moves so that you can finish with the stronger forehand. From a right-hander’s point of view, you move to the left side of the court. Here a good footwork is the basic requirement.

No matter if you play the inside out or the inside in forehand, it is important that you move as fast as possible into the backhand corner. The period of time the ball is in the air is not very long anyway

Therefore it is helpful if you recognize the direction of the ball early. Take a look at your opponent’s swing movement to anticipate where he or she is going to hit the ball. You can also position yourself slightly to the left. In this way, you reduce the distance to the backhand corner.

Usually you play the inside out or the inside in forehand in rather offensive situations. As soon as you run around the backhand, you open up the court on the forehand side. From the backhand corner it becomes difficult to cover the court completely. Therefore there is always the risk of a counter attack on your forehand side. For this reason you have to put your opponent under so much pressure that he can no longer make a normal shot.

Another difficulty with the inside out and the inside in forehand is the timing. During a rally, you have to be able to decide in a flash whether it is worthwhile to run around. When the right moment comes, you should be determined to take the shot. But if the distance to the backhand corner seems too long to you, you should refrain from this forehand and rather play the backhand.

When the right moment has come, you run into the backhand corner in a sideways movement. At the same time, you turn your body in the direction of the ball. After you have positioned yourself to the ball, you take a semi-open stance. Make also sure that you have a stable stance so that you don’t lose your balance when hitting the Forehand. 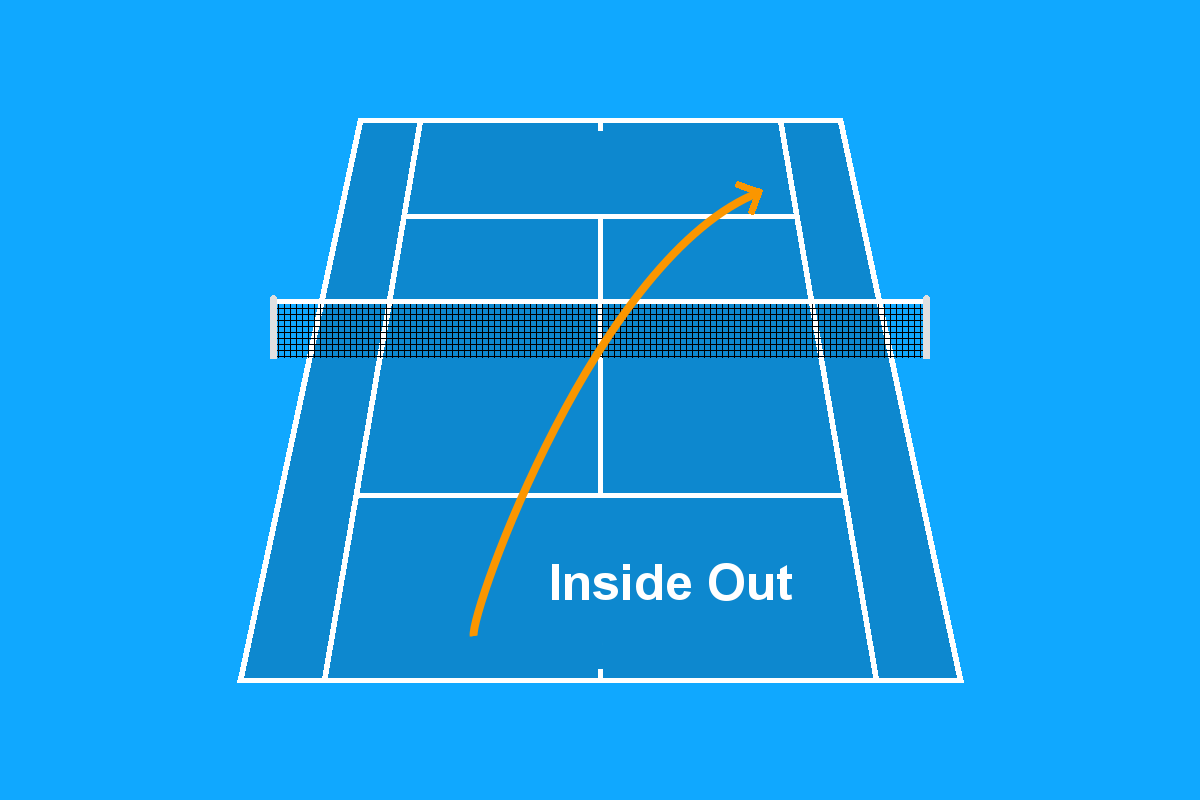 In general, you hit the ball cross court to the backhand side of your opponent when playing the inside out forehand. The aim of this shot is to push your opponent as far out of the court as possible, in order to open up the court.

The inside out forehand is therefore primarily intended to prepare a winner. This shot does not necessarily have to be a direct winner. Rather, you build up pressure on your opponent to force a mistake or a short ball. A positive side effect is that his backhand is probably the weaker shot.

Basically the inside out forehand offers you to hit shots variable angles. Compared to the normal forehand you hit the ball a little bit later to get the desired angle. Depending on where you hit the ball, you can adjust this angle individually to the game situation.

Basically there are two challenges in this shot. Firstly, there is a risk of hitting more balls into the net, because the net is higher at the sides than in the middle. Secondly, your forehand may go long so that the ball lands out of bounds.

With the inside out forehand you have much more margin for error, because the diagonal is simply longer. So keep these points in mind when playing the inside in forehand.

Whether you should better use an inside out or an inside in forehand depends on the situation. Here the position of your opponent plays a big role. Of course it makes no sense to hit the ball directly to your opponent.

Instead, you should keep moving your opponent with these variations so that he himself cannot go on the offensive. All in all, both shots are excellent for getting your own forehand even more involved in the game.