Skip to content
How to Customize Your Tennis Racket

How to Customize Your Tennis Racket

Tuning your own racket has become increasingly popular among tennis players. There is practically no professional today who doesn’t customize his racket. Sometimes a great technical effort is put into getting the maximum out of the racket.

Recreational players are also becoming increasingly interested in customizing their own racket . Maybe you know the feeling when you have already found the perfect tennis racket, but the final touch is still missing. With these tips & tricks you can personalize your racket like a pro.

Basically we work with additional lead weights to change the weight distribution of the racket. For this purpose we use lead tape with an adhesive backing. They are both easy to apply and easy to remove.

Racket customization is mainly used to adjust the playing characteristics of the respective model. First and foremost, you should ask yourself if you are satisfied with the performance of your racquet.

Racket customization is also helpful if you have several rackets of the same model and want to match them. In general, manufacturers are not able to produce all rackets to the exact gram.

You will always notice small deviations, but these can have a noticeable effect on your game. Especially if you Change your racket during a match.

In total there are four basic places where you can fix the lead tape. Each position of the weights changes the feeling of the racket in a different way. 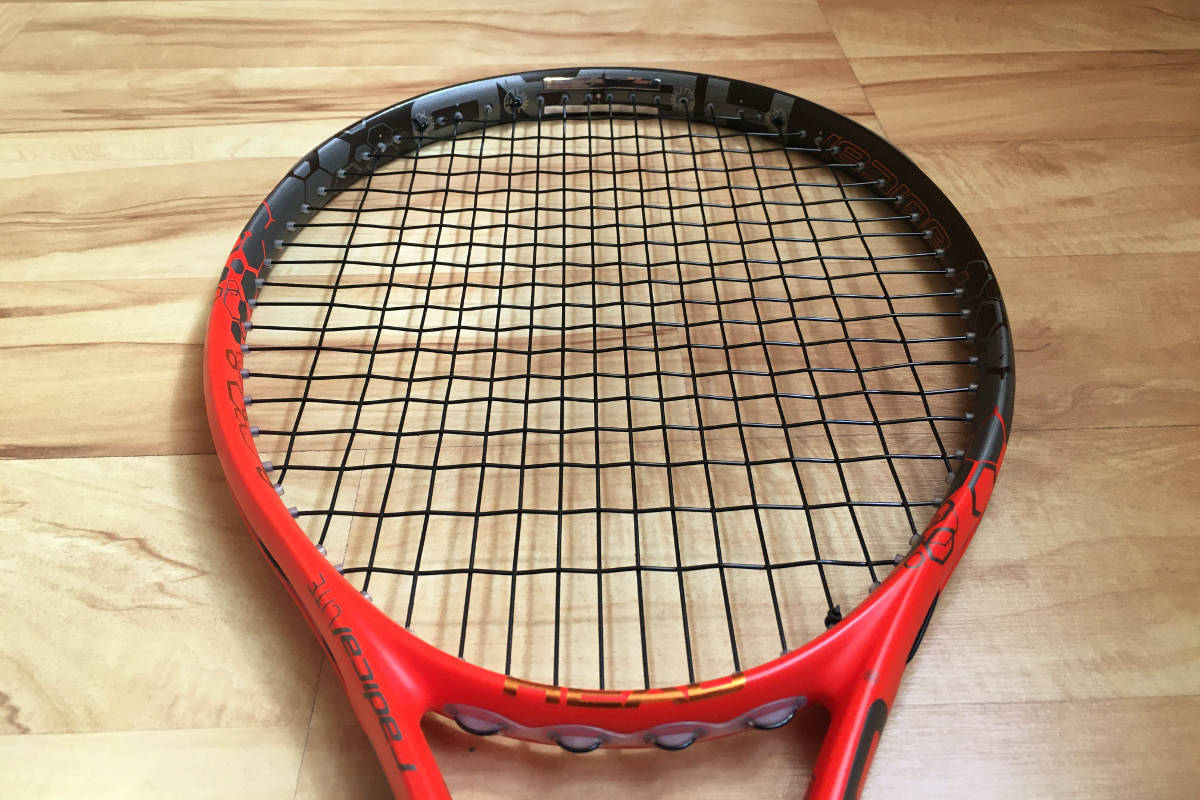 For a better understanding, we imagine the racket head as a watch, where the area around the throat means 6 o’clock. To increase the swing weight, you now place the lead tape at 12 o’clock, which means at the top of the racket head. You have the option of placing the tape under the bumper guard or on the inside of the frame.

The first option is much more complicated because you first have to remove the strings to pull the grommets out of the frame. On the other hand, if you attach the lead tape to the inside of the frame, you will be done in less than a minute.

In general, we advise you to take two strips at a time and glue them to both parts of the frame, one above the grommets and one below. You can cut the lead tape to the desired length with scissors.

In general, the swing weight indicates how heavy the racket feels during the backswing. By adding lead tape to the tip of the racquet, the swing weight is now much higher. In this state, the racquet offers you more power and therefore more acceleration of the ball. However, you have to sacrifice maneuverability and control. 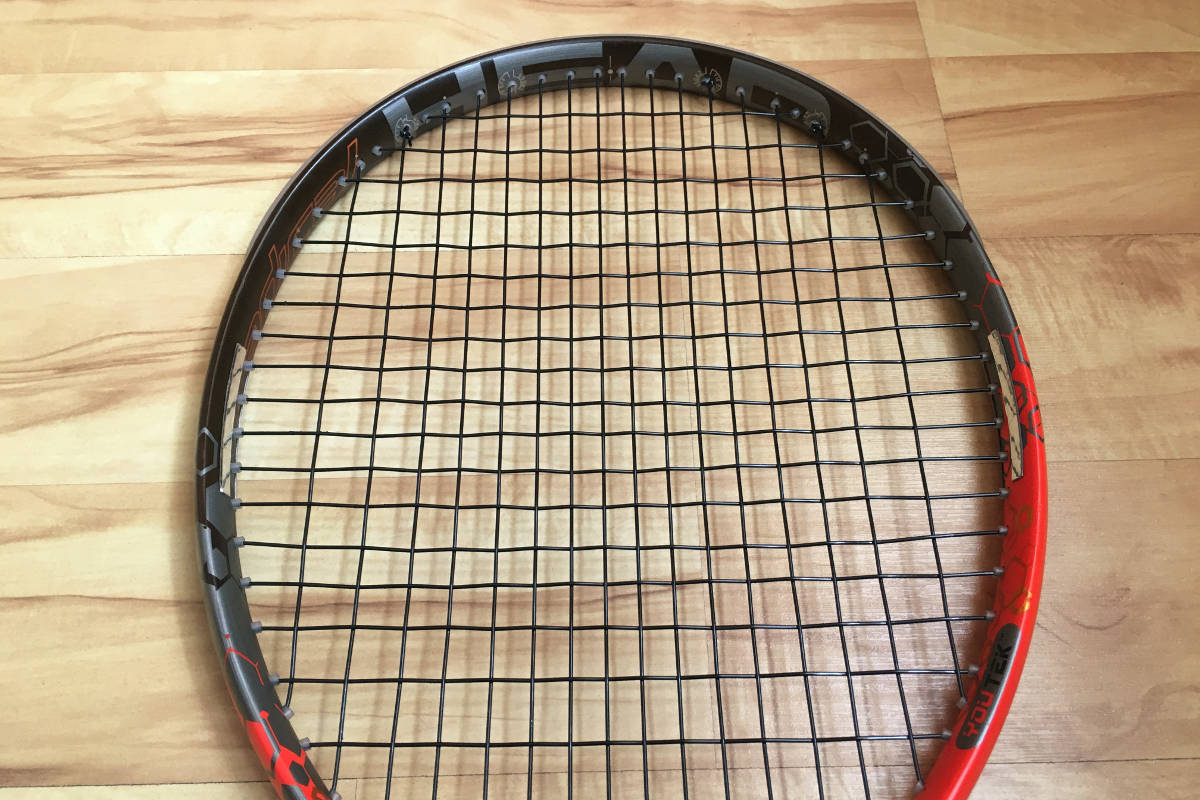 If you notice that your racket wobbles too much on contact with the ball, this option is interesting for you. With lead tape at 3 and 9 o’clock, you can significantly increase the stability of the racquet. More precisely, it is the torsional stability that reduces the lateral twisting of the racquet. In this case your racquet will only be a little bit more head heavy. 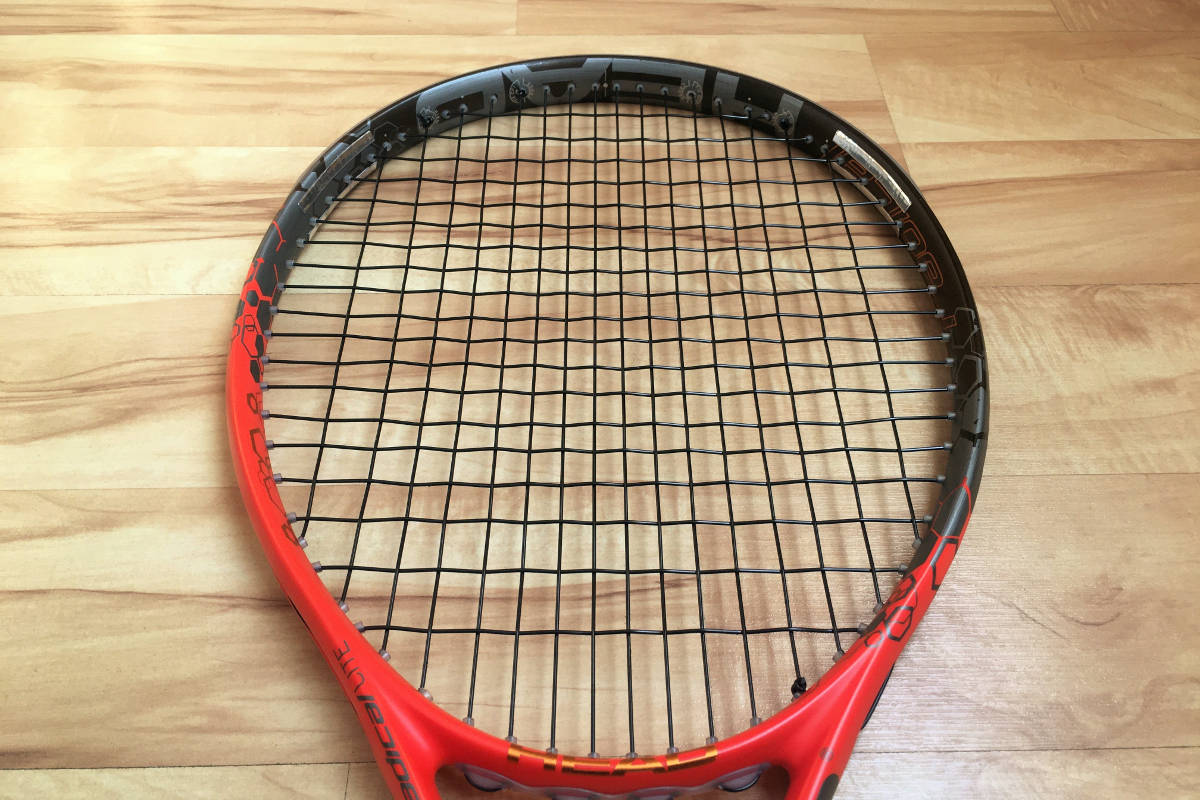 This is a combination of the two previous positions. In this case you fix the lead tape at 2 and 10 o’clock. The weights will now ensure that your racket offers you both a little more stability and slightly increased power.

In addition, the sweetspot moves further up to the tip of the racket. If you usually hit the ball outside the sweet spot, this adjustment may be a good solution for you. 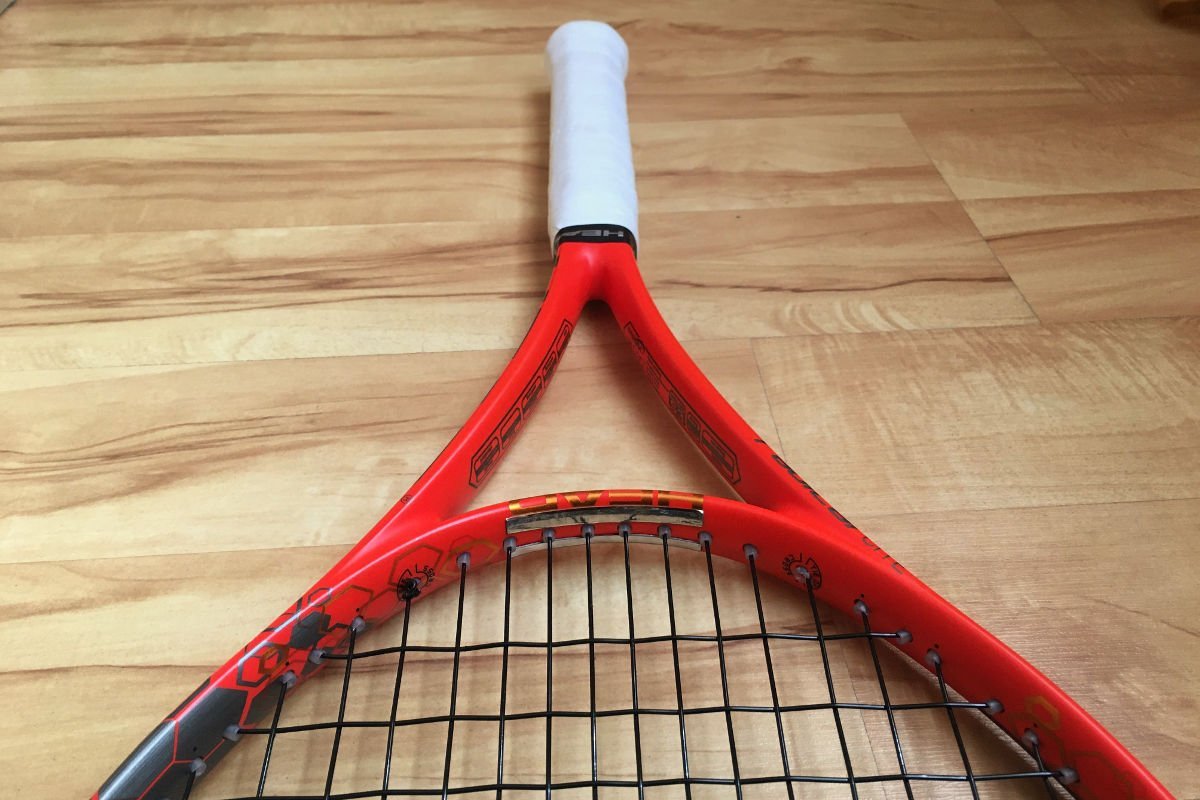 Basically there are two ways to make the racket more head light. Firstly, you can attach some lead tape directly to the grip pallet. To do this, you have to remove the replacement grip once and then rewind it around the pallet.

With the other option you put the weight directly into the inside of the handle. Small pieces of lead are best suited for this. The first step is to remove the butt cap, e.g. with a small screwdriver.

Then take the weights and wrap them in some cotton wool or a small cloth. In this way you prevent the lead pieces from making noise when you swing them later.

After you have placed the weights in the handle, fix them with glue or silicone. Finally, you put the grip cap back on. The racket is now ready to play.