Have you ever wondered what the small coloured parts in the strings of some tennis rackets are all about? In this case it is not decoration, but so-called vibration dampeners.

In the world of tennis, dampeners are always discussed controversially. Overall, there are many different opinions on the subject. While some players can’t do without it, it is of no particular use to other tennis players.

In this article we will dispel the myths surrounding the dampener. So in the end you can better decide if a dampener is useful for you.

What is a Vibration Dampener?

Basically, a dampener is a small piece of rubber that you insert between the strings of your tennis racket.

Originally the vibration dampener was invented by René Lacoste in 1964. The aim of his invention was to reduce the vibrations of the racket during ball contact and thus protect tennis players from arm injuries.

What is the Effect of a Dampener?

Among tennis players, the effect of vibration dampeners in particular is very controversial. Actually their function should be to reduce the shock during the shot in order to relieve the tennis player’s arm.

However, this assumption has been scientifically disproved. In reality they have no influence on the vibration of the racket frame.

In this case, it is rather due to the mental attitude of the players. The effect of dampeners can be compared to the placebo effect. The players who believe in the influence of the vibration dampener will perceive a changed feeling of play with it.

Nevertheless, there is one point on which everyone agrees. A vibration dampener ensures that the sound of the string is reduced when it comes into contact with the ball. In fact, the noise decreases because the individual strings of the racket no longer vibrate as strongly.

What are the Different Types of Dampeners?

Nowadays there are dampeners in a wide variety of shapes and colours. Basically they can be divided into two categories:

You will see the round version on most tennis rackets. These dampeners are very popular because they are relatively easy to use.

They are also very light, so the balance point of your racquet is not affected. The disadvantage of these dampeners, however, is that they sometimes detach from the strings and then fall out.

If the round dampeners are too small for you, you can also choose an elongated model. The shape is similar to a strip or a worm. They have the advantage that they are attached to up to 10 strings and therefore do not fall out so quickly.

Additionally they absorb the vibrations of the strings more strongly. Note that these dampeners often have a higher weight and could make your racket more head heavy.

Where Do I Place a Dampener? 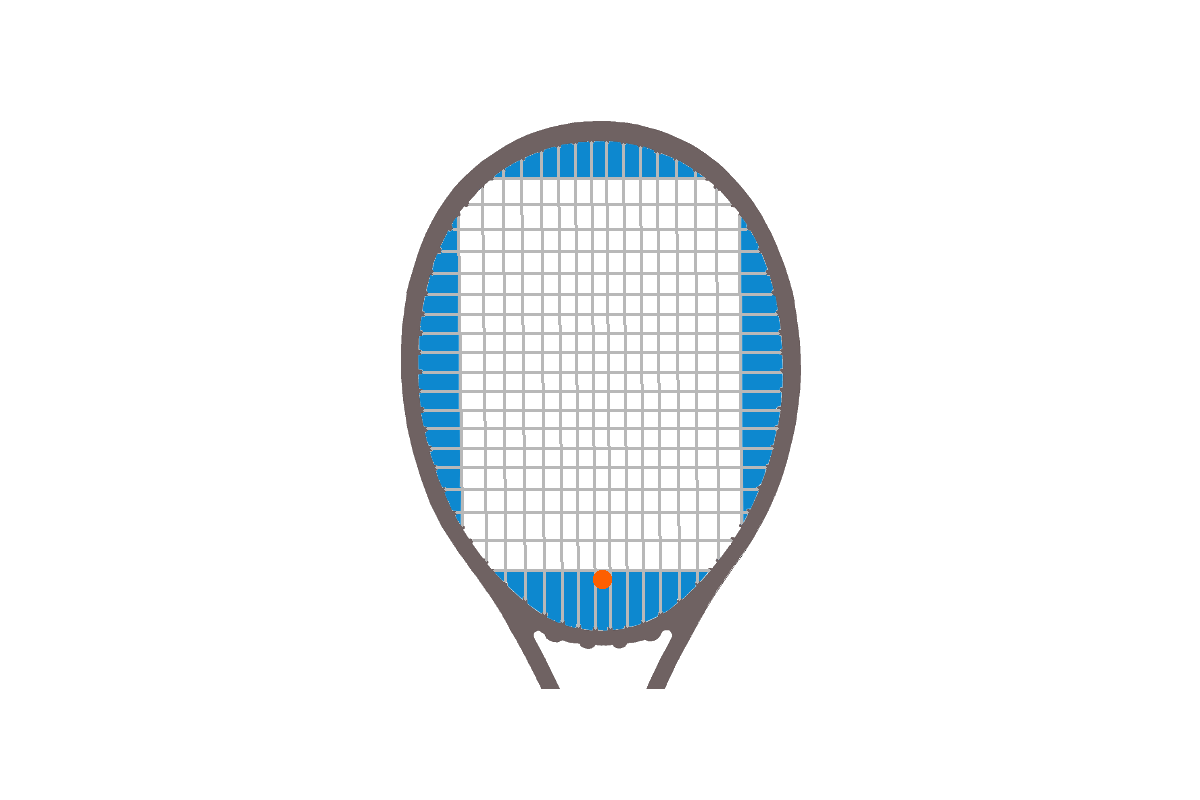 The position of the dampener is determined by the ITF. According to the rules you are only allowed to place it in the area where no strings cross. This means that you can only place it on the outer long or cross strings. In the diagram this is the area marked in blue.

However, we recommend that you place it in the middle of the lowest cross-string of your racket. This is the best position.

How Do I Attach the Dampener to the Racket?

If you want to install a round dampener, you put it with the notch in one of the two middle main strings at the throat of the racket. Then pull the second string in the opposite direction until the dampener snaps into place. Finally, you push it upwards until the first cross string is reached.

With an long model, you look at the 10 middle main strings of your racket. You will notice that these dampeners have a hook at each end.

So you take one end and hook it to one of the outer strings. Now you pull the dampener alternately over and under the strings up to the outermost string. Finally, attach the other hook there.

Do I Need a Dampener?

Whether a damper is useful for you depends on your own preferences. If the sound of the strings disturbs you while playing, it is a good solution. Otherwise it offers you no further advantages. The best thing to do is to test it once to see if you need one.